You can now purchase my Printable Alphabet Letter Crafts as a bundle!

The bundle includes:
– Letter Crafts A through Z with uppercase and lowercase letters in color and black and white
– Student directions
– Base pages that include tracing
– Cut Files to be used with Silhouette or Cricut

These printable alphabet letter crafts are a great way to work with toddlers, preschoolers, and students on letter recognition, fine motor skills, visual perception, and more! These cut and glue activities are sure to be loved by children and parents.

As a bonus + added convenience:  The file also includes cut files for Silhouette machine. I included a set for Cricut Cutting machines but I will not offer any troubleshooting for the Cricut Cut Files. They are untested, only work in black and white, and are added here only as an additional convenience For those who want to try to use it. I did not increase the price of the product after adding cut files. Please do not purchase if you are only purchasing for the cut files since I will not offer a refund for cut file problems. The basic product is a stand alone product.

. Learn more about how to use the cut files here. It basically means you can use your cutting machine to cut out all the pieces so that your student just needs to paste them.

(Please note that if you have any trouble with your cuts, I cannot help you troubleshoot. That would be machine-dependent. The cut files may differ from the print and cut by hand files.)

These alphabet craft activities are a fun and creative way to explore letters and are perfect for preschool and kindergarten students. They present a great way to practice fine motor skills such as cutting, shape manipulation and pasting. Each letter craft is presented on one page and both color and black and white versions are provided.

Plus, you save $2.50 by purchasing this alphabet craft activities bundle (instead of purchasing each resource individually).

The following cut and paste activities are included in this alphabet craft activities bundle: 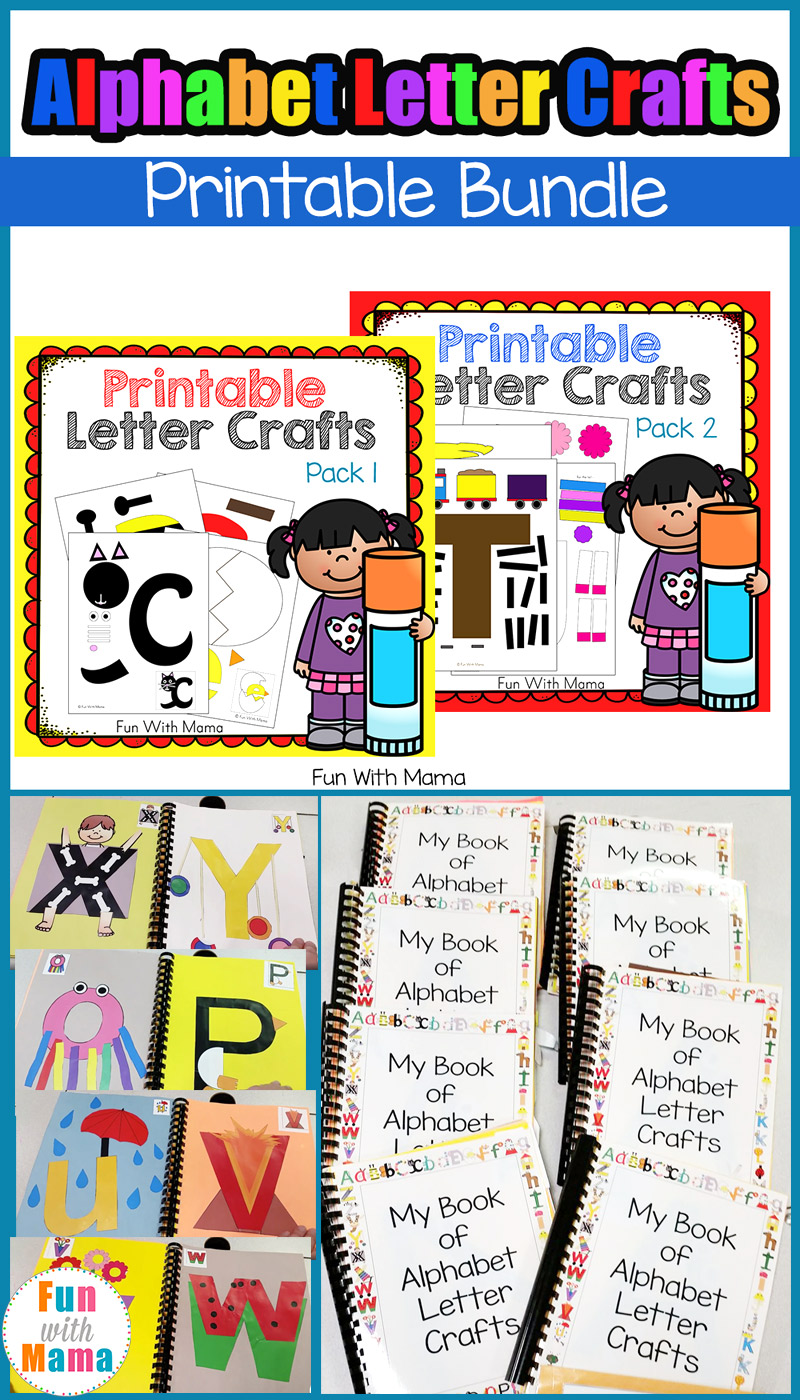